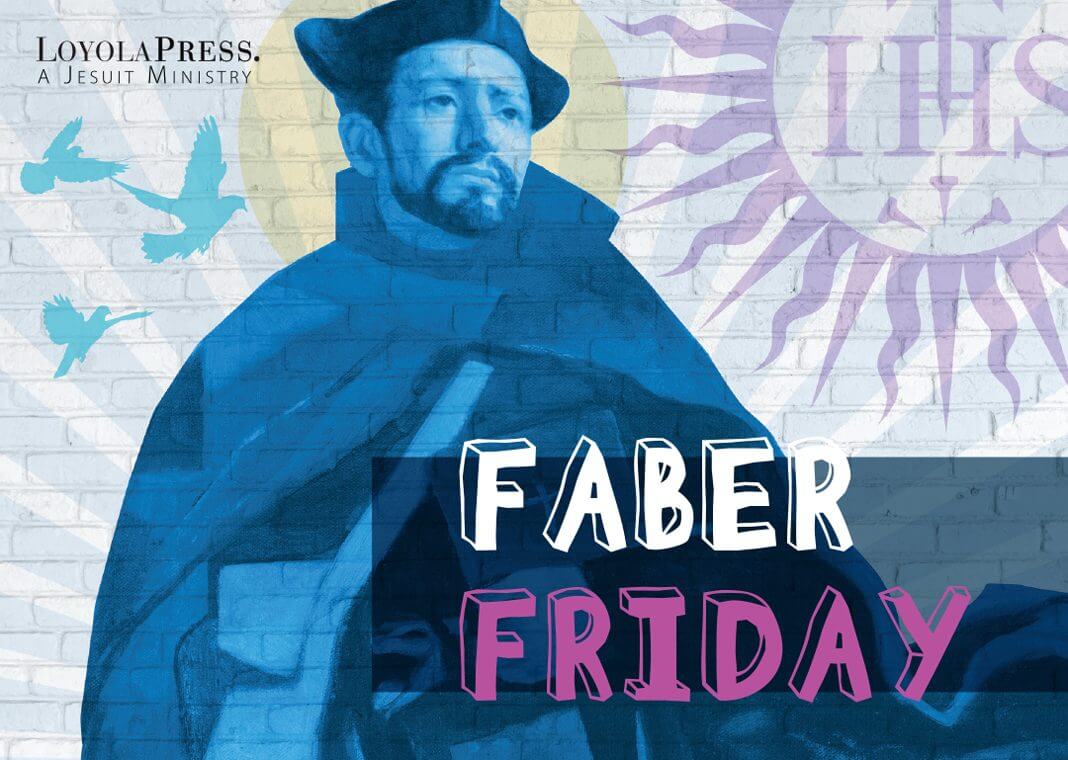 St. Peter Faber, companion of St. Ignatius Loyola and co-founder of the Jesuit order, is characterized by the consistent name gently. It’s an adjective that I’m drawn to, especially in a world that seems anything but gentle. Hard, critical and unkind are the words that hit me these days. So St. Peter Faber sounds like the saint I’d love to meet.

Faber was born in 1506 in the area of ​​Savoy, which is now in the border triangle of France, Italy and Switzerland. He was a shepherd and looked after his father’s flock. The family was poor and Faber was dying to study. He was able to persuade his parents to send him to school ten kilometers away (Sweeney, 10), where he learned quickly. Eventually he attended the University of Paris, where he met Francis Xavier and Ignatius Loyola, and they swore their friendship and their life and soul to Jesus.

But it is Faber’s gentleness that I come back to. It may have started in his early life when he spent hours, maybe days, out with the sheep, just as King David had done. Solitude brews a silent attention to the sacred. While he was tending his sheep, he could no doubt recall all of the references to sheep in the scriptures. It was in these areas that his faith first blossomed and took root. He is said to have a simple faith with great love for Mary.

I traveled through Savoy by train. The landscape is so breathtakingly magnificent that I could only think of God and his glory as I drove by. Every snow-capped mountain, every billowing cloud and every lake in the shade of blue that I had never seen before brought tears to my eyes. I watched the landscape go by the windows of the train and wished I could stop and breathe it in.

Has this gentle landscape invaded Faber’s soul? He carried this gentleness in friendship with Francis and Ignatius and others. Over 150 letters have been preserved (John W. Padberg, “The Gentle, Grace-Filled Life of Peter Faber”), marked by tenderness. Faber’s friendships were not self-centered, but sought the other’s good.

During the Reformation, Faber worked with Protestants to understand and promote unity. His work was diplomatic, characterized by openness and charity. “Take care of yourself, take care of yourself, never close your heart to anyone,” he said. I long for this model of friendliness, open to dialogue and unity in such a divided world.

Faber’s humility and desire to honor God resonate through his tender prayer:

Take all evil from me
that stands in my way to see you
You hear, taste, taste and touch;
to fear and be mindful;
know, trust, love and own you;
be aware of your presence
and enjoy as much as possible.
I ask that for myself
and earnest desire from you.
Amen. (Sweeney, 143)