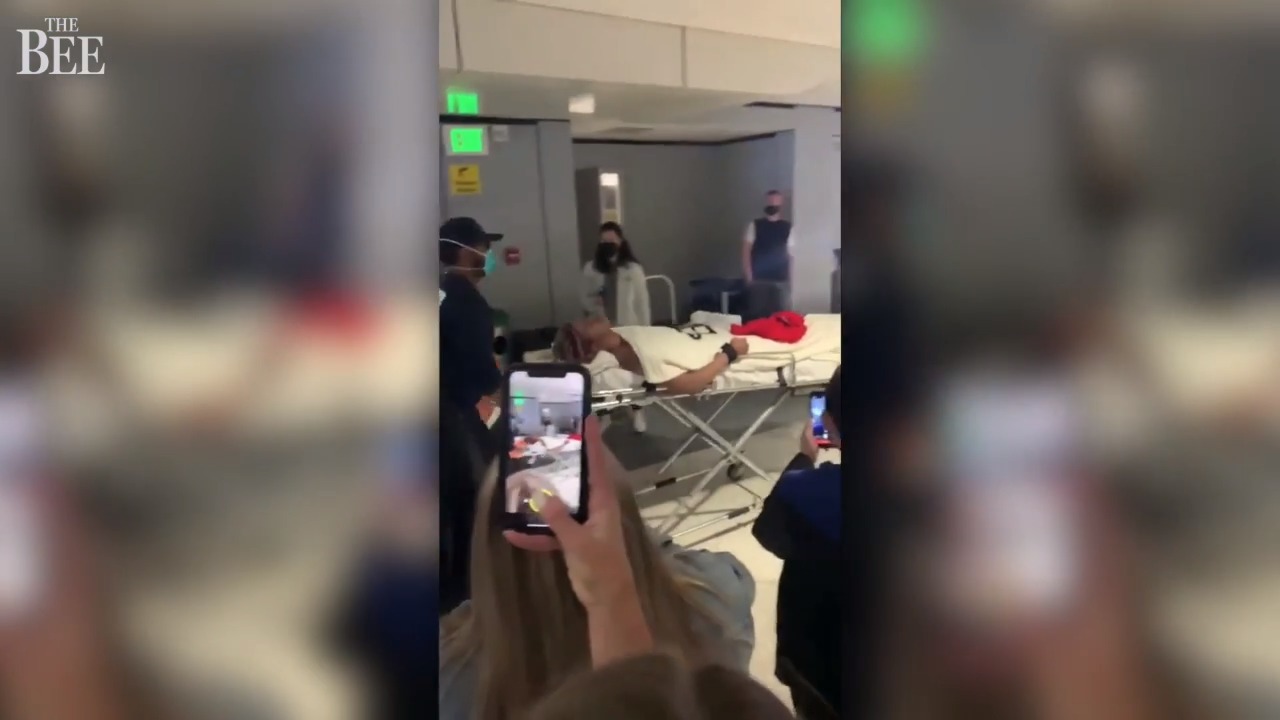 Other passengers helped overpower an “unruly” shirtless man who tried to open an emergency exit door on Wednesday midway through an airliner flying to California, authorities say.

A passenger on the flight said the man came out of a bathroom shirtless and tried to open the door, KNBC reported. The video shows crew members and passengers holding the man.

Spirit Airlines confirmed the incident in a statement, saying the flight had been diverted to Denver for the passenger to be evacuated.

“It is important to note that opening a door in flight is impossible because the air pressure in the cabin pushes the door against its frame with a force that is stronger than any person could ever overcome,” says the Airline statement.

The video shows the man in Denver being pulled from the plane on a stretcher, KNBC reported. Police officers took him into custody. The flight continued to Los Angeles.

An FAA official described the man, whose name was not released, as “unruly” according to NBC News.

Don Sweeney has been a California newspaper reporter and editor for more than 25 years. He has been a real-time reporter at The Sacramento Bee since 2016.