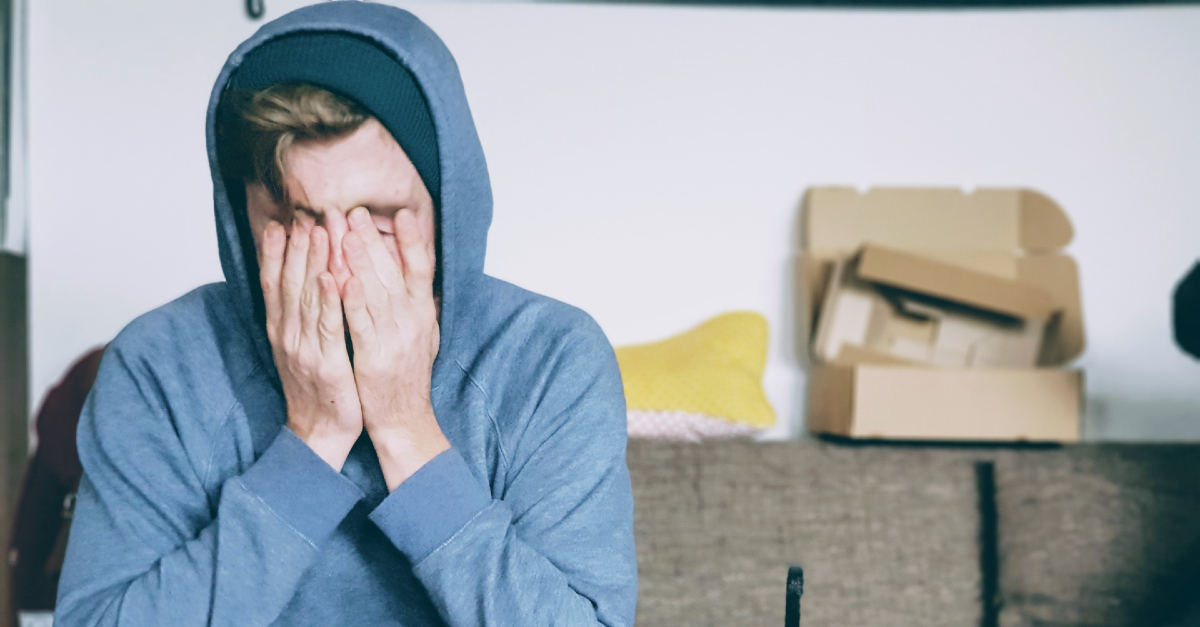 Mislaid car keys, a missing cell phone. A son who turned away from God or a parent who turned to drugs. There are many ways that we and the things around us can be lost. Intentionally or accidentally, the results are the same. Confusion. Disarray. Worries. These are just a few words that describe us when the lost feeling sets in.

Then we have a choice: look for what has been lost or be satisfied with not being found. We may feel an urgent need to find our car, but do we feel the same urgency to reunite with God? We may search hard for a missing cell phone, but do we pray for a lost child with the same energy?

How do we, as Christians, respond to the lost things? How do we react when we ourselves are lost? We should fall on our knees and say a prayer for lost things, a prayer to find, or a prayer to be found.

If you or someone you know has the lost feeling, read on. We will examine scriptures that offer hope instead of feeling lost. This text is intended to remind us that misplaced objects can be found again, people who have turned away can be diverted. Then we’ll read 3 ways we can use prayer for lost things to find hope.

Is Prayer for the Lost Things Biblical?

Prayer for lost things has biblical priority. A popular story appears in a parable told by Jesus – the prodigal son (Luke 15: 11-32). In this story, a father had two sons who are both grown up. The younger son asked for his inheritance ahead of time. The father made a commitment and divided the property among his boys, giving each his fair share.

The older brother was responsible for his inheritance and stayed at home with his father. The younger brother did the opposite – he left the house and wasted the money. This brother found himself lost in several ways. He lost his money, found himself isolated in a strange country and without the stability that he had at home.

From then on, the younger son had a choice: stay lost or start looking. He chose the latter and chose to reunite with his father and be restored financially, emotionally, and spiritually (Luke 15: 18-19). The father was all too happy to have his son back home. While the son was ready to become just a wage worker, the father gave his younger son more than was asked. Why? The father was overjoyed that the prodigal son was finally found.

The father said: “Then bring the fattened calf and slaughter it and let’s have a feast, because this son of mine was dead and is alive again; he was lost and will be found! ”(Luke 15: 23-24)

What does the Bible tell us about finding lost things?

An interpretation of this parable suggests that God is the Father and that believers are represented by both sons. Let’s start with a basic truth – God blesses His children. Examples include God blessing us with spouses, children, jobs, knowledge, skills, and more. As followers of Christ, we can responsibly use these blessings and live life as God commanded. On the other hand, we can use God’s blessings irresponsibly and lead lives that contradict God’s teachings.

When we are with God we are found, but without him we lose each other.

In order to be found when we are lost, we must follow what the prodigal son did in the parable mentioned above. After losing what he thought made him powerful and worthy, he gave in. The son humbled himself. After that he is made a plan to fix his life. That plan involved returning home, telling his father what he was ready to do, and keeping his word.

When the son reunited with his father, he looked for it Forgiveness and repentance for what he did wrong. The father was happy to have his son back. Likewise, God is always happy to have us again.

We can take this story and outline four basic steps to find lost things.

These are all helpful steps to get found, but these steps don’t necessarily cover lost items. For people who are lost, when we ourselves are lost or when something is dear to us, we can only take one step at a time: prayer.

“Therefore I tell you, whatever you pray and ask for – believe that you have received it and that it will be yours.” (Mark 11:24)

Can you see me? Can you hear me? Do you know me

I hope you can hear this prayer because right now I am not so sure. I speak too often, but no one is listening. Even if I scream, nobody hears it. Now my faith is shaken. My faith is in ruins. How could I feel so close to you yesterday, but hardly believe it today?

I once had faith, now I have doubts.

Lord I want to believe. I want to have confidence. Please help my disbelief. Remind me of all of your glorious deeds done in my own life and those around me. Remind me of your love and care, your supply, your mighty works that I see daily but ignore.

I know how I feel, God, but how I feel is not the truth. I need you. Though I doubt, I want to trust. Even though I am fighting, I want to believe. Please help my disbelief.

I want to say a prayer for all lost people, for those who have turned from their faith, for their families, for their friends. I want to say a prayer for the people who have lost their stability in the good and have turned to the bad. I know we all played the part of the prodigal son, but just as the son was found, so can we. Please help us turn away from sin, self-righteousness, the false beliefs that keep us from clinging to your truth.

We are lost apart from you, but what is lost can be found. Help us find ourselves. Lord help us find you.

You have announced your commandments. You even called me by name, but Lord, I don’t want to move. I lack the motivation to move forward, to keep traveling, to live as you have called. Sin is present, convenient, but not what you desire for me.

I ask you to enliven my spirit. Give me the drive to move forward with the life you gave me. Give me the strength to overcome the obstacles I face.

I pray that I will not use the day to sin or seek self, but seek you and your righteousness.

In the name of Jesus I pray. Amen.