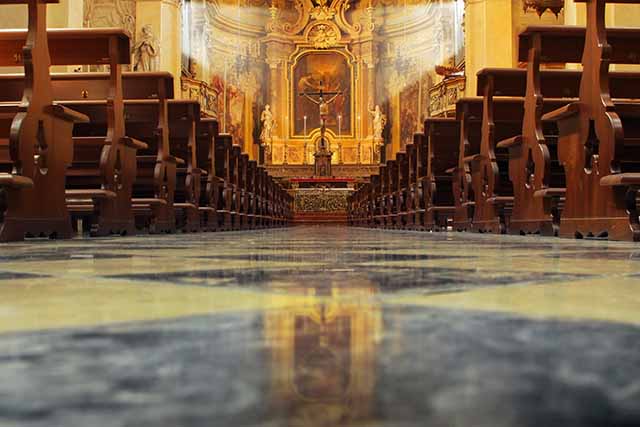 The question for the Catholic Church is not whether it should reform, but how.

Not so long ago the idea of ​​church reform would have been a Protestant idea. For Catholics, individual members of the Church needed reform, but the Church itself was the flawless bride of Christ who was perfect. However, this simple distinction between the perfect church and its sinful members is not enough. The clerical abuse scandal in the Church, and more recently evidence of financial misconduct by bishops and cardinals, have painted an indelible picture of a sinful church in need of reform among all of its members, from the highest to the lowest.

We are not asking ourselves whether the church needs to reform, but whether it can reform itself, and if so, how. At this point Pope Francis starts his prayer intention for August 2021.

DIFFICULTIES IN THE REFORMATION

Experience teaches us how difficult it is for any person or group to reform. We know the magnitude of the effects of addiction and how our need for deliverance through drugs, gambling, or sexual relationships can override all of the world’s promises and good intentions. We know how difficult it is for us to pull ourselves up by pulling on our socks.

We have also seen through royal commissions in banks, gambling palaces, and penal systems how difficult it is for institutions to reform. We humans easily let our needs and desires dominate what we value. Then we write them in our relationships with one another, with money, with our colleagues and with the rules that we mindlessly follow. In this way, we will shape a culture that will resist the best of reforms. It is much easier, and often more profitable, to speak noble words about reform and then go back to what we did before.

For this reason, we should not assume that as Catholics and as a Church we will be able to reform simply by rewriting our rulebook, creating new protocols, punishing people for breaking the rules, and choosing to change our ways. We often have strong headwinds. Reforming ourselves is more than a matter of willpower. It is a gift to be prayed for. When we change our lives, we shouldn’t be complacent. Better to be grateful and ready to pray if we stumble again.

GIFT OF THE HOLY SPIRIT

When we Catholics think of gifts, we are taught to think of the Holy Ghost too. The Holy Spirit makes the distinction between good intentions and their execution, between sin and forgiveness, between a tired world and a renewed world, and between execution as a criminal and resurrection from the dead. The spirit is the gift that makes the improbable possible. That is why Pope Francis asks us to pray for the gift of reform around the Holy Spirit.

In the Gospels, the Spirit is both the driver who makes our reform path possible and the guide who describes the map and landscape along the way and makes it irresistibly attractive. The Spirit deepens in our hearts the desire to change our ways as individuals and as a community, and gives us the enthusiasm to overcome the obstacles we encounter in following Jesus.

In the life of Jesus the Spirit first leads him into the wilderness, where he will be tested. Times of reform are always times of testing between a radical and a comfortable life. The Spirit also leads Jesus to gather disciples around him.

Life change takes place in sharing life and in resolving conflicts within a community. Big ideas have to work in small relationships. Jesus is also guided by the Spirit to go out to the poor and people who have strayed from the path. The spirit of reform will also make us a church of the poor. The mind is wild. That is why we pray for reform. We need our plans to be carried away by the spirit.