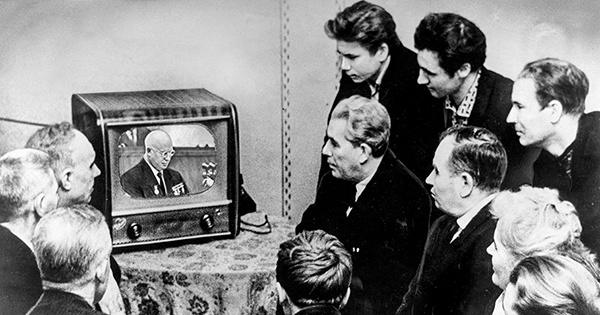 “Who wants to rule a nation of reason? You’d have to stop them from thinking by stirring up their emotions, ”says the Duchess of Langeais in Balzac’s 1834 novel of the same name. Russians are great thinkers and have enjoyed all kinds of political talk shows over the past few years that are broadcast live on national television become channels at any time of the day, including prime time.

Channel One has a daily late-morning show, Time Will Tell, which is about “Issues That Can’t Keep Calm”; Russia-1 broadcasts 60 Minutes – Hot on the Tracks twice a day; TV Tsentr each has their own truth that gets to the bottom of the news; NTV has a meeting point ‘where everything becomes clear’; and Russia-1 ends the day with An Evening with [Vladimir] Solovyov. There are also a number of other sophisticated weekly debate shows – The Right to Know, Postscriptum, The Great Game, Unbeatable Logic – which are broadcast live, with topics sometimes selected at the last minute.

These shows have multiplied over the past five or six years; each channel has one or two, and some are repeated in the evening. Most last between one (60 minutes) and more than two hours (Time Will Tell), although An Evening with Solovyov has no fixed duration. Overall, Russian viewers get more than 15 hours of talk shows a day, not counting online broadcasts on platforms such as YouTube and Yandex. The shows focus on current foreign policy issues, but also cover all kinds of social issues, usually caused by an event such as the fire in the Kemerovo shopping center in 2018, the tragic drink-ride accident by actor Mikhail Yefremov, or the growth of online -Market triggered harassment.

Russia is different from the nation of readers we were in Soviet times. We have lost the habit of reading, even the ability to read serious documents Gevorg Mirzoyan

Gevorg Mirzoyan, lecturer in communication and media economics at Moscow University of Finance (…)