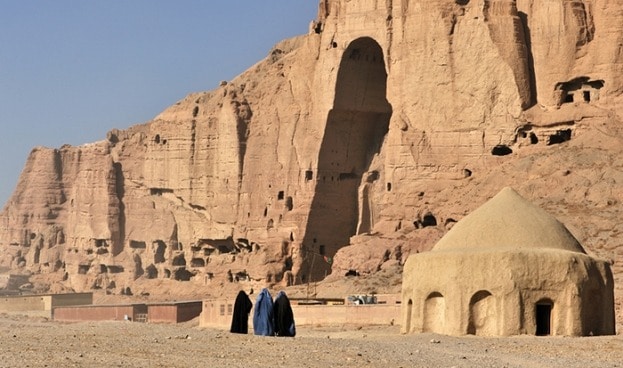 A prayer for the women and girls of Afghanistan

08/15/2021, Afghanistan. After defeating the Afghan security forces in other areas of the country, the Taliban invaded the capital, Kabul, consolidating their full takeover of the country. US military, diplomatic and businessmen and other foreign nationals were evacuated as thousands of Afghans tried to flee. But most of the country’s people, exhausted from twenty years of war, had no choice but to face a supposedly harsh and deadly regime.

A Taliban spokesman told a BBC reporter that they will reintroduce their version of Sharia (religious) law, which includes things like stoning for adultery and limb amputation for theft. The fate of women is uncertain. The spokesman assured the BBC that women would be respected, work and leave their homes without a male escort; Girls could go to school. However, this was not the case when the Taliban ruled the country from 1996 to 2001. Women who have had these rights for two decades now fear that their freedom will be taken away. Those who have gained professional and political power fear being killed. The women and girls of Afghanistan face an uncertain future and need courage, strength, international support and empathy for their suffering. The latter is expressed in the following prayer psalm.

“God of justice and mercy,
Hear my scream;
Hear my sisters wail.

See our life in disorder
Our dreams of peace and security in the dust. . . .

We are cast out by the mighty.
With every sigh of desperation, our strength fades.

Stress is our constant companion,
We see our world collapse
and can only cry.

But you, God, can give us strength.
You can nourish our souls and
enliven our spirit.

You can touch us with wisdom
Banish sorrow from our brows. . . .

You have given wisdom to women of yesteryear.
You healed the sick and
brought life out of the old.

You raised the lowly and
struck the mighty.
You were just and safe.

With your help we will no longer waver.
We stand up in faith and praise. . . .

Because you are the god of grace
Mighty in righteousness and mercy.

– adapted from “Psalm of Wailing Women” by Diane Kessler
in Raising the Voice of Women: Prayers to Change the World

Other ways to help Afghan women and girls:

Women for Afghan Women: This non-profit organization has been fighting for the rights of Afghan women for 20 years. Today they are trying to help women’s rights activists with whom they work across the country and who are extremely threatened by the Taliban. To support your critical work, you can donate at https://amgrl.co/3AJgRwL
CARE: As one of the world’s largest humanitarian aid organizations, CARE has a long history of helping people in Afghanistan. In the last few weeks the demand for emergency aid has risen massively as many families have fled the Taliban. You can support your work in Afghanistan with a donation at https://amgrl.co/3iOeSBp

Also recommended:
The breadwinner: An animated feature film about a young girl who defies the Taliban in Afghanistan with her courage and storytelling.

Credit: This iStock photo by Christophe Cerisier from 2012 shows Afghan women at the site of the giant Bamyan Buddhas, which were destroyed by the Taliban in 2001 – an act of religious intolerance by the group.

Next post: A prayer in support of the water conservationists