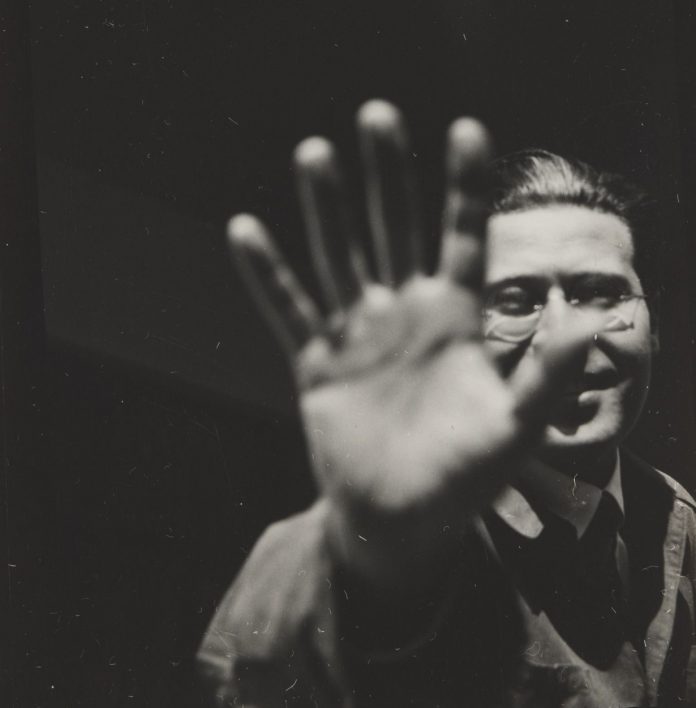 The New Bauhaus
The German Bauhaus (roughly “Bauhaus”) was a touchstone for Western art and architecture of the 20th century. and design. It was founded after the First World War by Walter Gropius and other creative thinkers who introduced both new ideas and philosophies to the then destroyed Germany. First in Weimar (from 1919) and later in Dessau (1925), his teachers proved to be an enormous influence based on the idea of ​​a total work of art in which all the arts would eventually be united (the film is now released on streaming media , takes 89 minutes and is not rated).

The Bauhaus style later became one of the most influential currents in modern design, modernist architecture, and architectural education. The movement had a profound impact on subsequent developments in art, architecture, graphic design, interior design, and typography. Led by works and writings by Gropius, Paul Klee, Wassily Kandinsky and the radical Hungarian artist László Moholy-Nagy, the program lasted until 1933, when it was closed under pressure from the Nazi regime.

Moholy-Nagy finally moved to Chicago in 1937, where he directed “The New Bauhaus”, which was inspired by the famous German school and brought together art and design students, an innovation for the time. The history of this school is the subject of the current documentary “The New Bauhaus”.

From his Bauhaus experience, Moholy-Nagy developed a groundbreaking interdisciplinary mixed media approach to art and design that was way ahead of its time. Although the school initially struggled financially, it eventually found an angel in Walter Paepcke, chairman of the Container Corporation of America and an early proponent of industrial design in America. Seeing a clear financial advantage in the direction of the school, Paepcke offered his personal assistance, and in 1939 Moholy-Nagy was able to reopen the school as the Chicago School of Design. In 1944 it became the Institute of Design, where it still resides at the Illinois Institute of Technology.

The film traces the living history of the institute, illustrated by countless clips and photos from this period, shows both the ideas that germinated in classrooms and exhibitions, as well as interviews with former students, many of whom became prominent designers and creators themselves. In order to consolidate this story, there are occasional quotations in an inconsistent narrative by Hans Ulrich Obrist reading the master’s words. More timely material is covered in intimate interviews and sequences with Moholy-Nagy’s daughter Hattula, which adds a personal touch and an in-depth examination of both her father’s extensive and groundbreaking work and his captivating and boundless personality adds energy (Moholy-Nagy died in 1946, aged of 51 years).

The exciting thing about this review of the work of Moholy-Nagy and his colleagues is the amazing scope and ambition of the documentary filmmakers, led by co-writer and director Alyssa Nahmias, who have carefully and fruitfully put together – from mountains of material and serious research – the main works of movement, from stunning new buildings to well-crafted handicrafts to more pedestrian advertising design.

“The New Bauhaus” offers an illuminating portrait of a visionary teacher and thinker – and his legacy. 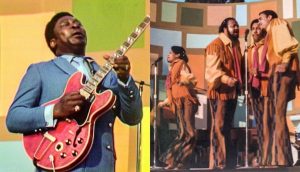 Actor at the “Summer of Soul” 1969; (from left) Bluesman BB King and The Fifth Dimension. Photos courtesy of Roadside Attractions

Summer of the soul
“I Heard it Through the Grapevine”, “Everyday People”, “Oh, Happy Day”, “When I Sing the Blues”, “Let the Sunshine In” – sounds like an appeal for great black music from the last century. And it’s how all of these pieces and many more were performed in long-forgotten musical performances at the 1969 Harlem Cultural Festival, held in Mount Morris Park (now Marcus Garvey Park) in Harlem. The festival, sponsored by raconteur and MC Tony Lawrence, lasted from June to July 1969 for six weeks with over 300,000 spectators. It can now be experienced with joy in “Summer of Soul (Or, If the Revolution Couldn’t Be Televised)” (The film, not rated, runs 117 sparkling minutes).

Despite the presence of standing room only and outstanding artists such as Stevie Wonder, Mahalia Jackson, Nina Simone, The 5th Dimension, The Staple Singers, Gladys Knight & the Pips and Sly and the Family Stone, the festival never comes during the same summer as Woodstock came into the public consciousness. While most of the music was considered “soul” at the time, the playlist was pretty extensive, including gospel, jazz, pop, afrobeat, funk, and even Latino numbers. One of the absolute highlights of the concerts is when gospel legend Mavis Staples sings “Take My Hand, Precious Lord”, then hands the microphone to Mahalia Jackson (her mentor) and the two end the number in an electrifying duet (and the crowd goes crazy !)

Although forty hours of festival footage was videotaped live, it was later stored in a basement where it languished unpublished for about 50 years. Years later, producer Robert Fyvolent became aware of the footage and eventually acquired the film and television rights to it from its original producer and cameraman Hal Tulchin. Then, in 2018, the producers brought it to the attention of musician and drummer Questlove Thompson (now the leader of Roots, the house band for “The Tonight Show with Jimmy Fallon”). The footage survived and after many months it was able to be restored and edited by its director to become one of the best American concert films of recent times (although the look and sound are great, it only shows its age because it was shot previously in high resolution images) . It premiered at the 2021 Sundance Film Festival and won the Grand Prix.

“Summer of Soul” is also a wonderful time capsule into the black consciousness of the late 1960s, a time of burgeoning black power, extravagant, African-inspired clothing and costumes and the opening of new avenues for black expression. The film underscores this awareness through overruled narratives from attendees at the event, one of whom remembers the crowd as if “seeing people of the king”. The mass shots that permeate the entire film are vivid memories of a high point in black lives, an entire people grooving to the rhythms of their diverse cultures.

It will be hard to keep your feet from tapping and your body from moving when you watch Summer of Soul.

Mike Canning, who lives in Hill, has been writing films for Hill Rag since 1993 and is a member of the Washington Area Film Critics Association. He is the author of “Hollywood on the Potomac: How the Movies View Washington, DC”. His reviews and writings on the film can be found online at www.mikesflix.com.