Joe Biden announced his third presidential candidacy in a three and a half minute video on April 25, 2019. The format was new, but for Biden he relied on an old-fashioned concept of masculinity.

He spoke about the August 12, 2017 neo-Nazi rally in Charlottesville, Virginia, of which Donald Trump (notoriously) said there were “very fine people on both sides.” The incident provided Biden with a framework for the good-versus-bad story, which he stepped into as a kind of superhero.

“At that moment,” intoned Biden as the audience saw white racists march with torches, “I knew that the threat to this nation was unlike any other I had seen in my life.”

If we give Donald Trump eight years in the White House, he will forever and fundamentally change the character of this nation. Who we are. And I can’t watch that happen.

The core values ​​of this nation, our standing in the world, our democracy, everything that made America America is at stake.

Captain America, out of retirement and to the rescue. The Charlottesville area, adjacent to Thomas Jefferson’s Monticello house, provided Biden with an excuse to cite the Declaration of Independence. And the video showed passages in colonial cursive that many Americans could recite by heart.

The “Struggle for the Soul of America” ​​narrative frame served Biden well. It helped differentiate Biden’s criticism of Trump as both personal and constitutional. It turned his age into a campaign advantage: a man with historical awareness would be a good choice for the Democrats, a party that usually voted for the youth. And it refined his call for unity as the solution to Trump’s split. Biden’s victory would win the battle for the soul through an appeal to transcendent patriotic values.

Two men, longtime advisor Mike Donilon and historian Jon Meacham, worked on Biden’s speeches and the word “soul”. But regardless of the author’s division of labor, it was Biden’s signature, delivery, and personality that gave the sentence its public meaning.

During the campaign, Biden repeated his theme in speeches on national holidays and historic anniversaries, often in Pennsylvania: at a kick-off rally on May 18, 2019 at the National Constitution Center in Philadelphia; in a speech on June 2, 2020 at Philadelphia City Hall (commenting on the outbreak of protests against the death of George Floyd and the President’s use of tear gas in Lafayette Square, Washington); and on October 6, 2020 on the battlefield of Gettysburg:

You and I are part of a covenant, a shared history of overcoming divisions and renewed hope. If we do our part, if we stand together, if we stay true to the past and to one another, then the divisions of our time will give way to dreams of a brighter, better future. This is our job. This is our promise. This is our mission.

Pennsylvania is both the state where Biden was born and a perennial swing state. As the city where America’s fundamental documents were written and signed, Philadelphia stands out in the national mind as the Jerusalem of what sociologist Robert Bellah called the “civil religion.” In his analysis of Washington’s inaugural addresses to Kennedy in 1966, Bellah found that presidents up to then incumbent Lyndon Baines Johnson broadened and deepened their rhetoric by invoking God. It was neither the god of a particular denomination nor a superficial bow to the religiosity of the American people. Rather, such references to God legitimized political authority by “providing moral consensus amid ongoing political change”. Invocations to the civil religion calm and integrate the different members of a pluralistic capitalist society.

Biden relied on the word “soul” more than “God”, but the functionality was the same. “Soul” is also a word with extensive philosophical and religious origins. It denotes the essence of a being (or a nation or a people). It means reason, feeling, presence, expressiveness, depth, the substance of a style. When he ran for president, Biden embarked on a moral crusade. He fought, as he put it in another commonly used phrase, for “hope over fear, unity over division, and truth over lies.”

And “the idea of ​​America” at the seat of civil religion was not an empty concept. Jill Lepore’s 2018 one-volume story of the United States identified “These Truths” as the nation’s core values: political equality, natural rights, popular sovereignty, and the meta-truth that they are “taken for granted,” Benjamin Franklin’s enlightening addition to Jefferson’s “sacred and indisputable “. 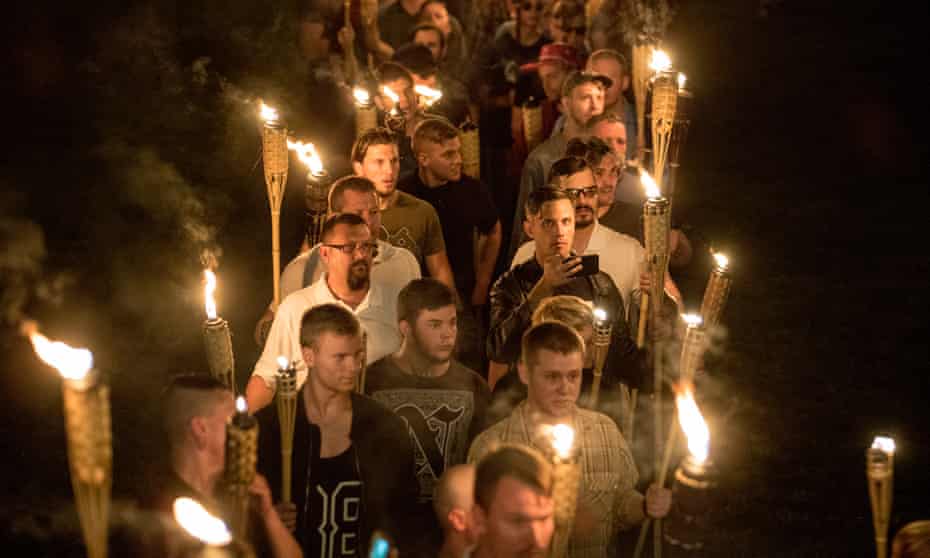 White nationalists and white racists march with torches through the University of Virginia campus in Charlottesville in August 2017. Photo: The Washington Post / Getty Images

“Struggle for the Soul of America” was, like most campaign slogans, a useful coinage, in this case with a touch of bravado. Still, it turned out to be incredibly accurate. Some Americans continue to oppose “these truths” and others. And so Biden rightly continued to use the term as President.

In his inaugural address two weeks after the attack on the Capitol and Congress, he cited Abraham Lincoln’s affirmation that “my whole soul is in it” when he signed the Emancipation Proclamation and reiterated his claim that national unity is essential “to the Restoring Soul and Securing America’s Future ”. On Memorial Day at Arlington National Cemetery:

The soul of America is animated by the eternal struggle between our worst instincts – which we have seen lately – and our better angels. Between “Me first” and “We the People”. Between greed and generosity, cruelty and kindness, captivity and freedom.

On July 13th, back at the National Constitution Center, Biden addressed the opposition:

For me it’s simple: this is election subversion. It is the most dangerous threat to voting and the integrity of free and fair elections in our history …

We have to ask: Are you on the side of the truth or the lie; Fact or fiction; Justice or injustice; Democracy or Autocracy? That’s what matters…

The Republicans, on the other hand, peddle disinformation and rely on partisan polarization. They are trying to negate the truth of the 2020 election results and overturn the certification process against a repeat in 2024. Under the banner of a “stolen” and “rigged” election and a grossly exaggerated claim of electoral fraud, they pointlessly conduct audits and enactment of voter suppression laws in battlefield states, including Pennsylvania. They blocked the establishment of an independent commission to investigate the uprising the day they voted to decertify the elections. Biden also quoted Jim Crow about the racial dimensions of the soul struggle. The opposition has launched a coded attack on a suppressed academic term “Critical Race Theory”.

The battle of the soul differs from the programmatic initiatives and negotiations that are carried out under a different Biden slogan “Build Back Better”. In this political area, differences can be monetized and divided without resorting to dichotomies. However, the emotions evoked by the vote cannot be easily filtered out of the dollar numbers.

The soul struggle also relates to efforts to get Americans to vaccinate, both in Biden’s admonitions to vaccinate, appealing to patriotic duty, and in the opposition’s efforts to oppose vaccination as a mark of freedom against the government to brand. A separate essay is needed to analyze this line of argument, although I note, on the side, that Biden’s rhetorical approach avoided naming a “tsar” in order to coordinate the government’s public appeals and briefings, putting a distance between the war of the soul and the urgent Project the pandemic would create mitigation. As it is, government news on Covid is going through the president and state governors. And the fight against the virus can certainly be seen as a test of common sense in politics.

There are occasions for more soul speeches in the national calendar. A rally in Washington DC on August 28th will honor Dr. Martin Luther King commemorate “I Have a Dream,” which the President is likely to recognize but will not visit. The 20th anniversary of the 9/11 attacks will necessarily point to the withdrawal of troops from Afghanistan, but Biden could also validate the House of Representatives investigation into the Capitol riot as being in line with the 9/11 Commission. Thanksgiving is the epitome of American civil religion. Additional opportunities will arise after the Congressional vote on the For the People and John Lewis Voting Rights Acts.

But before any of these holidays or events appear on the civil religion calendar, next Thursday, August 12th, is the fourth anniversary of the battle that marked Biden’s starting point. He might do well to travel to Charlottesville and speak at the downtown spot cleared by the July 10th removal of the Robert E Lee statue that sparked the Unite the Right rally. It would be a sign that the mostly non-violent, but deeply conflicted war over the idea of ​​America – for a number of battles ensue – will be won.