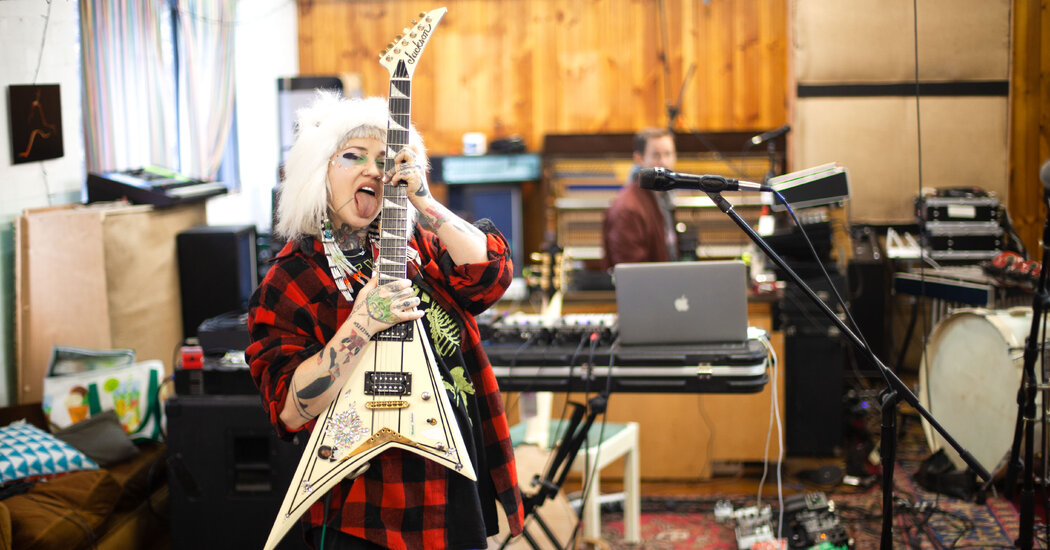 The Australian band Hiatus Kaiyote was formed in 2013 with an amorphous sound that incorporated rock, funk and soul and caught the ears of Questlove, Erykah Badu and Q-Tip. Drake listened too: in 2017 he sampled a song from the band’s second LP for his playlist “More Life”. The group’s singer and guitarist, Naomi Saalfield, known as Nai Palm, appeared on his follow-up album, Scorpion. A few months later, she was diagnosed with breast cancer.

“Ultimately, I became obsessed with the concept of impermanence,” said Saalfield, 32, on a video call made from an almost pitch black room in her home in Fitzroy, a suburb of Melbourne. “Time is an illusion that you have forever, but nobody knows how much time they have. And if you have a massive fear of life, it really puts it into perspective. “

The band – which includes bassist Paul Bender, keyboardist Simon Mavin and drummer Perrin Moss – implemented this urgency in Mood Valiant, their first album in six years, which came out on Friday. With bright textures and sunlit Brazilian rhythms, it scores a hike from darkness to light and provides the soundtrack to a very personal journey.

Before Hiatus Kaiyote was lauded by some of the big names in neo-soul and hip-hop, it was a local group in Melbourne that organically developed their hybrid sound. The band formed more than a decade ago after Bender saw Saalfield play a pink guitar in a small club and presented her with a business card. She never called him, but a year later they met and started working on new music together. Moss and Mavin soon joined them, and the quartet began playing esoteric music with strange time signatures and complex rhythmic structures.

“There was no normality in the way we approached this music,” said Mavin, 38. “And it kind of opened my eyes to a whole new creative channel.”

Hiatus Kaiyote’s debut “Tawk Tomahawk” was released in 2013 and its follow-up “Choose Your Weapon” from 2015 with its barrage of psych-funk blowouts and atmospheric space-outs landed as part of the moment, the D Angelo’s “Black Messiah”, Kendrick Lamar’s “To Pimp a Butterfly” and Kamasi Washington’s “The Epic”.

“It was such a multitude of things,” said Bender of the group’s second album, which is full of changes in direction. “I think that’s why the title fits. It’s like, ‘What do you want to choose today? What mood are you in? ‘”

The band had finished instrumentals for “Mood Valiant” when Saalfield learned she had breast cancer – the disease that killed her mother – and she was returning to Australia for an emergency mastectomy. When she recovered and returned to the studio, she returned with a new perspective on her personal and professional life.

“When I got sick, I finally thought, ‘What do you want out of life? Who are you and what do you want to leave behind? ”Said Saalfield. “It was actually a really powerful place to record from. I know what to do with my life and I will while I’m here. And it lit a fire under my bum. “

It also inspired them to embrace the spiritual that is already part of the band’s alchemy. On a trip to Rio de Janeiro to record with the well-known Brazilian composer Arthur Verocai, who contributed string and horn arrangements for the Tropicalia “Get Sun”, Saalfield stayed 10 days in the Amazon rainforest and took part in the Kambo ritual of frog venom Wiping on their skin to remove the toxins from their body. She also recorded voice memos and used the clips for interludes on the album. The opening cut “Flight of the Tiger Lily” shows two elders of the Varinawa people teaching them how to pronounce the names of birds; At “Hush Rattle” local women sing in their mother tongue.

“Our music always has a spiritual element,” says Moss, 35. “The more we are in contact with our spiritual side in Hiatus and convey more ideas, the better.”

With its warped strings, dusty drums and introspective lyrics that embrace life, “Mood Valiant” has the feel of a Brazilian psych album from the 70s. It’s released by Brainfeeder, a label founded by experimental producer Flying Lotus in 2008 as a home for alternative soul, hip-hop, and electronica.

Saalfield said she hopes the LP touches people when they need it most. “Everyone experiences suffering,” she said. “Everyone experiences joy, no matter how privileged you are or whether you have nothing. The nice thing is that music is universal. If you can reach people in their darkest hour and comfort them, that’s what it’s for. And that makes music for me. It saved me in my darkest hour. “