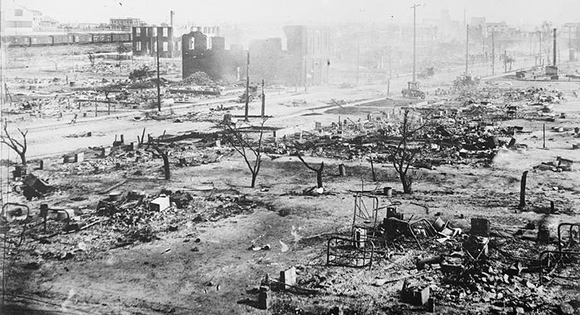 This film, shown at the AFI Docs Film Festival, is streamed on National Geographic and Hulu.

On May 31 and June 1, 1921, the affluent black community of Greenwood, Tulsa, Oklahoma, was attacked and almost completely destroyed in what historians and scholars have described as one of the worst incidents of racial violence in American history. Up to 300 people were killed, 1,400 houses and businesses were burned down and 10,000 people were left homeless. But despite the severity and barbarism of the Tulsa Race massacre, it is rarely mentioned in local, state, and national history.

National Geographic Documentary Films has done us a great ethical and moral service in presenting a two-hour investigation into this scourge in American history and other racial massacres and violent incidents. Award-winning Washington Post journalist and Oklahoma native DeNeen Brown hosts Rise Again: Tulsa and The Red Summer. It introduces the efforts of city officials, archaeologists and family members who, a century after the massacre, are trying to locate the mass graves of the victims in order to face the events. Watching the dig at Oak Lawn Cemetery, Brown explains that Tulsa is finally learning from its terrible history and bringing justice to those who have denied it for too long.

Brown made it his business to tell the stories that weren’t told. She is accompanied by other scholars and historians who talk about the attacks by white mobs in the summer of 1919 on black neighborhoods across the country known as “Red Summer” because of all the blood shed. 26 cities have been the sites of massacres, including East St. Louis, Omaha, Alliance, Georgia, and Washington, DC, where black World War I veterans put up effective resistance. 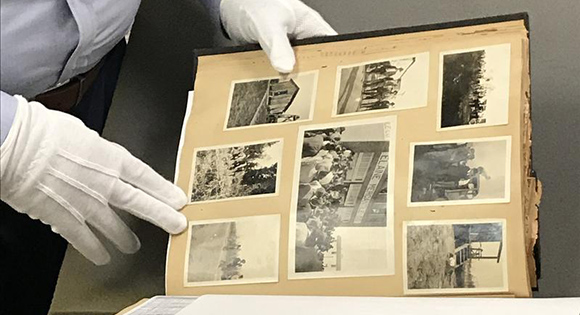 The details in these reports are shocking: the brutal dismemberment of a black man accused of touching a white woman; the popular custom of making postcards with pictures of lynched men and destroyed houses; the terrifying scare tactics in the film Birth of a Nation. We learn how economic envy played a role in combination with the lies of white supremacy in Tulsa.

This film is a wake up call to Americans who find they know very little about the racial massacres of the early 20th century. It’s also an outcry for those who realize we must resist the same racism that continues to this day.