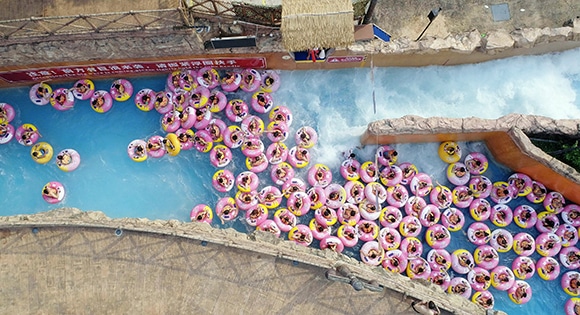 This 96-minute documentary provides a multi-dimensional overview of China’s special kind of capitalism, consumerism and economic growth since 1978. In three well-structured sections, the director Jessica Kingdon covers the levels of the capitalist structure: from factory workers to aspiring middle and class entrepreneurs, to the newly wealthy elites and those who serve them.

She begins with portraits of the large numbers of low-wage workers in factories doing repetitive dead-end jobs. Street recruiters market their business by promising they can sit at work. Many other blue collar jobs require long periods of standing.

Proponents of China as the world’s factory, engine of global economy and superpower of the 21st century have put up large electronic signs to motivate workers with slogans like “Sense of Worth”, “Chinese Dream”. and “Work hard. And all wishes will come true.”

The realization of the Chinese dream of success requires a lot of hard internal and external work, such as a two-day workshop at the Star Boss Entrepreneurial Camp, where the aim is to “turn your personal brand into money”. Like everywhere else in the world, millions of middle-class people aim to get rich through social media. Using live streaming and selfies is part of the game of getting more customers.

The variety of jobs and work situations is amazing. Here are just a few: a clothing factory, a sex doll company, a pill bottle company, a leading cosmetics company, a flight attendant training program, a butler academy, a bodyguard school, a phone manufacturing company, a pen company, and many more. 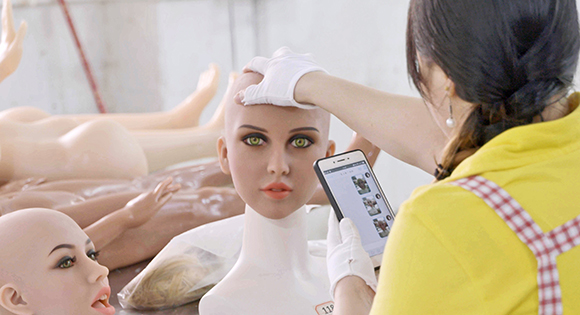 No wonder that many economists point out that almost everyone in the world has at least one item labeled “Made in China”.

Ascension can be described as “observation documentation”. It encourages viewers to really pay attention to what they are seeing. Although some of the people depicted comment on their work, the film does not contain any interviews, narratives or analyzes. Still, it hits the mark by offering a fascinating look at contemporary China with its incredibly creative cinematography by Kingdom and Nathan Truesdell and innovative music by Dan Deacon.