TIts Sundance Prize winner is an absolute delight as it uncovered a treasure trove of vibrant, breathtaking live music recordings (originally recorded by TV veteran Hal Tulchin) that have gone largely unseen for half a century. While Mike Wadleigh’s Woodstock and the Maysles’ Gimme Shelter have long been considered definitive documents of the ups and downs of 1969 pop culture, Summer of Soul makes both seem like a footnote to the main event: a festival in the heart of Harlem that was kind of out of the box History books written. Mavis Staples catches Stevie Wonder at a turning point in his career, Mavis Staples duet with Mahalia Jackson (“an unreal moment,” says Staples) and Nina Simone at the height of her performance, director Ahmir “Questlove” Thompson’s feature film debut combines music and politics one of the best concert films of all time.

Produced and MCed by Tony Lawrence (“a hustler in the best sense”) and supported by the liberal Republican New York Mayor John Lindsay, with the security of the Black Panthers, the 1969 Harlem Cultural Festival took place over six weekends in Mount. instead of Morris Park at a time of profound cultural reassessment, a year after the murder of Dr Martin Luther King. Up in space, Neil Armstrong may have taken a small step for a man, but as one festival-goer says, “Mind the moon, let’s get some of that money in Harlem.”

Well-chosen news material outlines a decade of tension that has spawned various strands of resistance – civil rights and black power. Among those on stage is saxophonist Ben Branch, whom King spoke to just before his death and asked him to play his favorite Precious Lord song, Take My Hand. It is this song that Staples and Jackson play together in a moment that parallels the ecstatic heights of Amazing Grace – another long-delayed musical documentary that covers Aretha Franklin’s 1972 performances at the New Temple Missionary Baptist Church in Los Angeles. 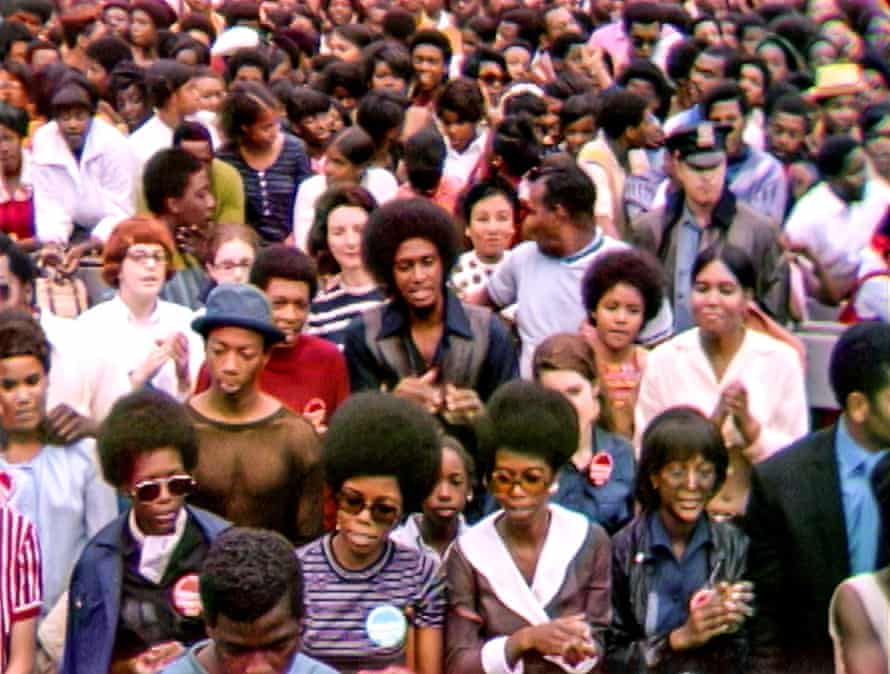 The crowd at the Harlem Cultural Festival, 1969. Photo: AP

The interviewees mix crooked laughter with penetrating insight and explain how the word “black” has changed from an insulting term of struggle to a term of self-determination and pride. Groundbreaking journalist Charlayne Hunter-Gault recalls the battle she fought to get the New York Times to use “black” instead of “negro” while others saw festival power couple Abbey Lincoln and Max Roach describe it as “outrageously black” – they lived this sentence every day “.

Marilyn McCoo watches recordings from her band The 5th Dimension performing Aquarius / Let the Sunshine In wearing orange tassel suits and recalls how they were criticized for being “not black enough” and how lucky they were to be in To be Harlem and regain your identity. To top it off, let’s see Nina Simone, who presents a new song inspired by the stage production To Be Young Gifted and Black, sung in a voice that Rev Al Sharpton astutely calls “somewhere between hope and sadness.” designated.

While Simone is described as “like an African princess”, Hugh Masekela’s performance of Grazing in the Grass seems to take the audience to another land that floats from the parks of New York into distant plains. Elsewhere, Sly and the Family Stone embody the psychedelic Afrofuturist R&B vibe, with Rose Stone and Cynthia Robinson giving their bandleader a run for his money with keyboards and trumpets, respectively, and the audience gradually accepting that a white drummer can kick it .

Gladys Knight recalls that “It wasn’t just about the music; we wanted progress ”; the Edwin Hawkins Singers play Oh, Happy Day in lime green harmony; Ray Barretto and Mongo Santamaría bring the Latin fusion beat; BB King rocks his guitar like a baby while he sings the blues; Rev Jesse Jackson speaks to the soul; and Stevie Wonder is on fire – on drums, keyboards and vocals – as he enters a new era of meaningful jazz-funk.

The fact that the “rose that comes through cement” has been overlooked for so long at this festival served as further evidence that “black history is being erased”. But Questlove’s film begins and ends with festival-goer Musa Jackson looking at the uplifting, reprocessed footage (a clever counterpoint to Gimme Shelter’s horror show booking) and tearfully thanking the filmmaker for proving that, “I’m not crazy!” – that it really happened. Thanks to this great film, we can all share this amazement.