In 1961, the historian Daniel Boorstin published a culturally enlightening book that turned out to be a glowing portrait of the postmodern world of our time. He coined the terms “pseudo-event” and “famous for being famous”. Most succinctly of all his observations was his definition of the image as a replica of reality: it takes a variety of forms, including a movie, news story, advertisement, poster of a work of art, or a press conference.

Annie Berman is the producer, director, narrator, and co-editor of The Faithful: The King, The Pope, The Princess, a 90-minute documentary that explores the notoriety of three global icons – Elvis Presley, Pope John Paul II and Diana, Princess of Wales. This sensitive filmmaker was recognized as one of Independent Magazine’s “10 Filmmakers to Watch” for her creative videos, performances and installations that have been shown internationally in galleries, festivals, universities and conferences.

From the opening footage showing us a popsicle with a picture of Pope John Paul II at Graceland and Kensington Palace, where fans of these celebrities share their love, loyalty and mystical experiences with us.

Many of these believers are memorabilia collectors, and it is quite a shock to learn that these knick-knacks must be officially licensed and bring significant revenue to the Vatican, Elvis Presley’s estate, and Diana’s estate. The filmmaker even worries that if she shows them in her film, she could lead the probate police on to her. 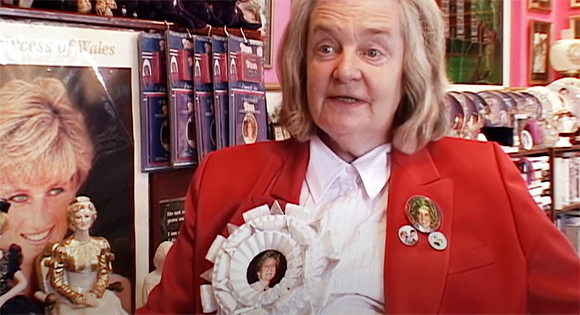 Although houses full of pictures of her idols, descriptions of how Elvis appeared on a patio door, and gatherings of up to 50,000 people on the anniversary of the king’s death may seem exaggerated, Berman never judges those she meets. In fact, she’s surprised to connect with these global icons and their followers. After watching this movie, you will understand how she might describe her pursuit in spiritual terms:

“What began as a voyeuristic encounter slowly enveloped me, the person behind the camera. I found myself returning to the annual rituals year after year, making my own pilgrimages, obsessively collecting more and more film material. A meditation on art, religion and commerce becomes a personal transformation as the once cynical woman-with-the-camera finds a deeper meaning. I began to see myself faithfully understanding that my pursuit was part of a larger, more universal quest. ”