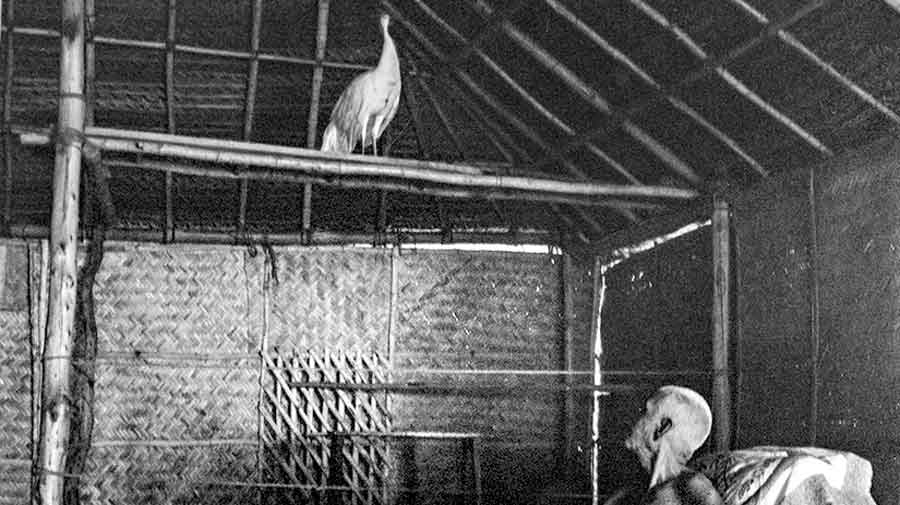 “Write your will.” These three words formed the brief advice of a financial expert. It was in an article on what those who are affected, or expect to be affected by, the virus should do, as a priority, and do it quickly. He made further suggestions on how bank accounts should be reorganized, with clear “either or survivor” options that would allow the husband or wife or offspring to manage their holdings in the event of immobilization. But the most important piece of advice to make sure you have a will was the most important, overarching, and overwhelming suggestion.

Today those who read the newspapers are bank accounts. And most of them made wills. Most, I said, not all. Surprisingly large numbers have not, and they are educating the young who have just started earning income to begin saving. You have life and life on your mind, not death and dying. Writing wills is the last thing on their mind.

Covid-19 has changed that. Not only has it made death appear much more real – more tangible – than ever in the memory of our generation, but it has also made us see its inevitability, whenever it comes, more sharply than ever before. In the current, so-called “second wave”, young people seem to be more affected than in the first. And while they are likely to recover faster than those once young, their handling of the likelihood of death made the advice more than valuable. Aside from the young among the earning, saving, withholding taxpayers who are reading this, members of a wider segment of society must also provide an indication of what they want to do with their property. in relation to material assets, things, small objects, be it of feeling or monetary value, but even more about what has to be done with what they owe, what they have to return, share, hand over, acknowledge, Vikram Seth in unforgettable the closing lines of his soul-cleansing verse novel “The Golden Gate”: “Pay what your own heart arrears. / Now clear your throat and dry these tears.”

Our hearts are left behind, our souls are in debt. Should we keep these feelings secret, unpaid, unsupervised? These are not tax debts that have to be paid post mortem, or hiding places that have to be divided between heirs and heirs. Each of us, rich or poor, owes this to those who made us what we are, helped us, healed us, made us whole.

And so, while the financial expert was thinking essentially and only of the starched, stamped paper with the signatures of an authorized notary, I read in his advice what he naturally intended, but also something more: much more that each of us, Purified by the virus, we have to think and do – in the time that remains for us.

Plato vividly recorded the last hours of Socrates in his dialogues. When the hemlock began to work, Socrates said to Crito: “We owe Asclepius a rooster. Please don’t forget to pay the debt. ”Neurologists would see this as an example of a confused brain speaking gibberish. Socrates’ words have been interpreted, one of which suggests that the sardonic wise man toyed with the word Asclepius, which is supposed to be the name of the god of healing, saying that death is the ultimate cure for all diseases. I would like to take Socrates’ words literally and I think that he was actually talking about a loan that had to be repaid, only that by the tap it meant any debt, any arrears that had to be serviced. The backlog can and very often can be traced back to two simple words or thoughts: “Sorry” and “Thank you”.

A redeeming conversation took place between a great soul and a person who cared for it. Shortly before his crossing, Ramana, the Maharshi of Arunachala in the Tamil city of Tiruvannamalai, had a memorable conversation with a devoted companion, Sivananda, who spoke no other language besides Tamil. The sinking Ramana said “thank you” in English and then translated the word for him into Sanskrit Tamil as santosham, which means “happiness”. The meaning of Ramana’s translation of the word in Santosham is enormous. It has to do with not wanting any more.

The then Maharani Sita Devi of Baroda, a celebrity who loved the good things in life, went on extravagant travel and shopping, was withdrawn enough to feel the need for the redeeming healing of the Maharshi. In April 1947 she had given the sage a white peacock. This bird had gone to Ramana and the Ashram as if it were his own. Ramana named it Madhavan, after a devotee who died shortly before the peacock came. Madhavan crouched directly over the wise man’s bed, walking towards him, when he ate, followed him. As is well known, Madhavan howled from the roof over which the Maharshi lay dying. The Maharshi opened his eyes and asked, “Has the peacock been fed?” The late philosopher Ramchandra Gandhi metaphorized Ramana’s words to essentially say that although he thanked his servant from the receiving end and expressed his happiness in caring for the desperate peacock, he was at the giving end. still at the end of his time on earth. And with that, his debt to the Maharani of Baroda was redeemed, who, regardless of what ordinary historians have to say about their lifestyle, stepped forever into the pillars of the Spirit by giving Ramana the Madhavan bird.

The financial expert did not (and neither did I) mean that death stares at the reader and the writer of reasonable advice. And please, I am not proposing a breathless listing of apologies and thank you s from us! But the fact that for the past year and a half we’ve all sensed death rushing past us cannot be denied. And so it is sensible and natural to think about arrears. For me, the Rooster of Socrates symbolizes material debts, Ramanas Peacock, debts of the soul.

What we owe to the individual and to our great and immeasurable provider – the natural environment we ruthlessly mutilate every day – is something we must ponder and seek timely redress.

The emperor Asoka lived far beyond the stone etchings of his anusochana – repentance. His edicts are his will. And since we are already on the subject of peacocks, it would only be appropriate to remember what he says in his Edict I: instead of “thousands of animals slaughtered for soup in the royal kitchen”, only three are allowed from now on Living life being killed – “two peacocks and a deer” – a lesson for us in the zoonotic miasm of our present scourge.

Giving back and giving, apology and atonement are part of the will that each of us may place not on parchment paper in these life-threatening times but in the covenants, reservations, and codiciliaries of our souls.